Dedicated to Top-Quality Landscape Solutions Servicing Westchester County
With a total commitment to customer service and getting the job done right the first time, our staff at Bellantoni Landscape is here to provide you with helpful assistance throughout the process of improving the look of your outdoor space. We have numerous certifications in landscape design and maintenance, and always try to stay up-to-date on the latest and greatest ways to ensure your lawn, garden, or other outdoor area looks great. 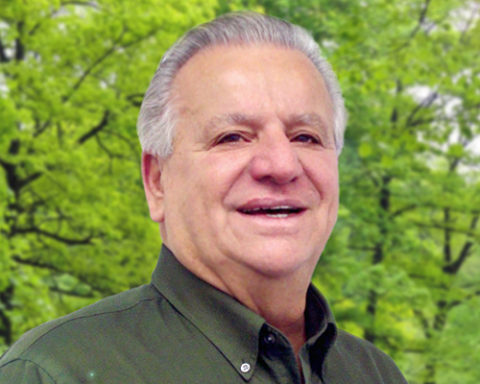 Michael Bellantoni, is Founder, President and CEO of Michael Bellantoni, Inc. (Est. 1963) specializing in Landscape Management, Site Development, Irrigation, Masonry and Drainage. In 1994 he received the “Man of the Year” award from the New York State Turf and Landscape Association (NYSTLA). As former President and now current Executive Director of the NYSTLA, Mr. Bellantoni helps to strengthen the association with educating its membership, community involvement and education and creating a voice and power with local and state legislators.

Michael Bellantoni initiated and cultivated a national relationship with other contractors through the Association of Landscape Contractors of America (ALCA currently PLANET) furthering NYSTLA voice, education abilities and lobbying powers. He was the Education Chairperson for the International Landscape Certification Council, served on the Knollwood Country Club Board of Governors Golf and Greens Committee as their advisor and currently sits on the National Insurance/Safety Committee for the Landscape Industry.

Mr. Bellantoni was instrumental in introducing to New York State the current Landscape Certified Technician Program, which is currently used in 27 states across the nation as well as 3 Provinces in Canada. He is proactive in establishing rules, guidelines and procedures pertaining to Industry Standards.

From 1965 through the present, Mr. Bellantoni has been Commanding Officer of the White Plains Auxiliary Police division. He has served on the City of White Plains Planning Board and held positions as president on two neighborhood associations. He holds a position on his Parish Council, overseeing the building and grounds operations, along with his commitment to serving as lecturer and Eucharistic minister. In addition, he has past affiliations with fraternal groups in a leadership capacity. 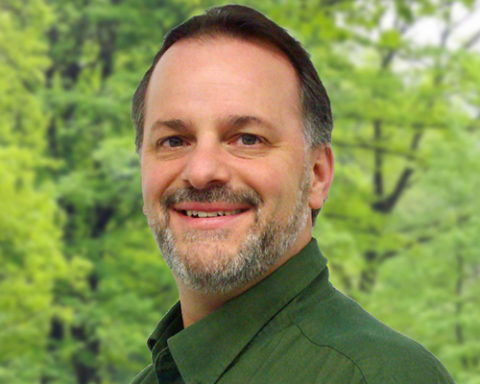 Michael Bellantoni, President of Michael Bellantoni, Inc. (Est. 1963) specializing in Landscape Management, Site Development, Irrigation, Masonry and Drainage. In 2008 he received the “Man of the Year” award from the New York State Turf and Landscape Association (NYSTLA). As former Treasure of the NYSTLA and active member of the Green Industry, Mr. Bellantoni helps to strengthen the association with educating its membership, community involvement and education and creating a voice and power with local and state legislators.

Michael was the first in New York State to achieve the Landscape Certified Technician certification, which is currently used in 33 states across the nation as well as 3 Provinces in Canada. He is proactive in establishing rules, guidelines and procedures pertaining to Industry Standards.

He holds a position on the Design Review Board (DRB) for the city of White Plains. Also active with the White Plains Little League as a coach for two developmental teams. Additionally is an active den leader & board member with the Boy Scouts of America Pack 5 White Plains overseeing all scouting activities. Along with his commitment to serving today’s youth, He also serves on the George Washington Elementary School Committee for Special Needs. 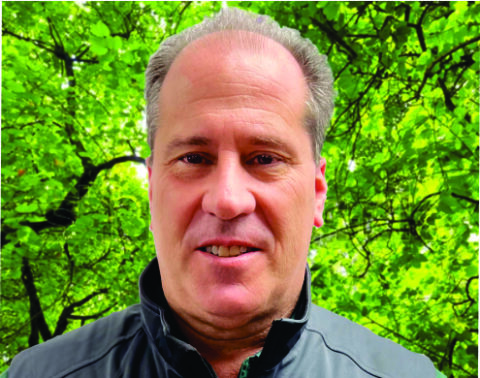 Paul Mazzola has been working in the green industry for over 35 years. After attending NYU as a young man, Paul realized his passion for the green industry.
He started working at a small nursery in Yonkers in the early 80’s and later started his own landscape company. He then moved on to work for Toro, working with the irrigation side of the industry for 15 years. After that he came to Bellantoni Landscape to build their irrigation division. He left for some time to take on a new career in construction in NYC. Paul has since returned to Bellantoni Landscape as the Landscape Management Director.
Paul brings many years of experience and knowledge of the landscape industry to Bellantoni Landscape. Outside of work, Paul enjoys spending time with family and friends, as well as playing golf, dining out and cooking. 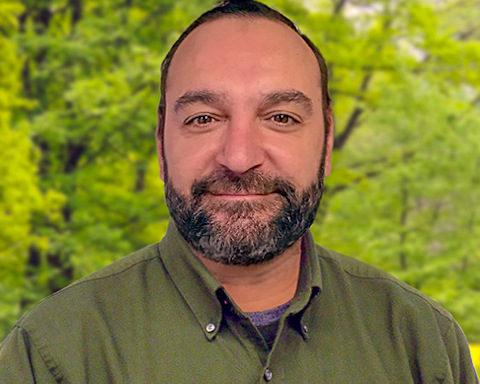 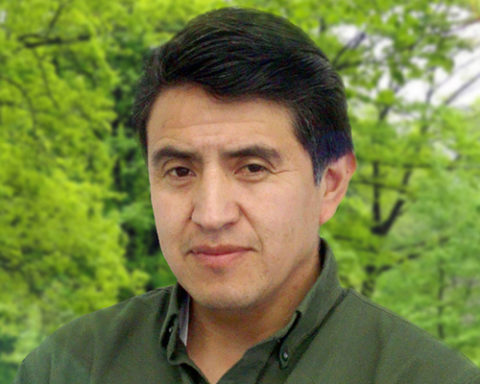 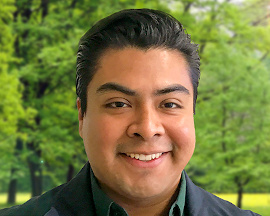 I don’t divide architecture, landscape and gardening, to me they are one.” - Luis Barragan.

Jonathan is the Account Manager for the Scarsdale book of clients. He is in charge of numerous tasks which include material ordering, customer relations, teaching and empowering the crews. He is a licensed NY state pesticide applicator and also coordinates the Plant Health Care Department, training and communicating with the technicians to ensure proper applications following IPM principles. Jonathan is intrigued by what effect various colors, landscape and overall design have on human emotions. Jonathan hopes to implement a narrative to the environmental enhancement projects so both the clients and their landscape can benefit from one another. Having attended a lead Architecture school in Pennsylvania, he’s become conscious of organizational patterns, color, and functionality. He also holds an Associate’s Degree in computer graphics/design, and is construction trade certified in carpentry. Jonathan enjoys finding solutions favorable to the clients and nature and looks forward to learning from his clients and finding the most suitable intervention for every new task.

Jonathan enjoys working at Bellantoni Landscape because every day brings new ideas. On his time off, he enjoys volunteering in a Bible education work, hiking, painting, and learning a new language! 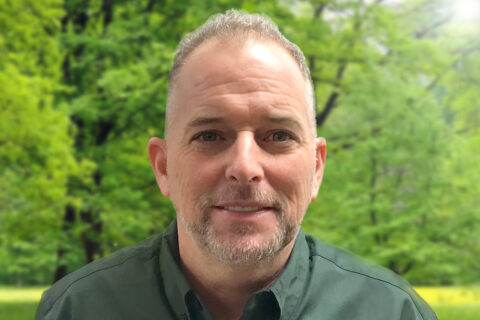 Thomas was born and raised in Baltimore, Maryland and spent his summers in beautiful Solomons Island. This is where his love for the outdoors began. Thomas has always loved the true beauty of nature. He is an avid outdoorsman who loves hunting, fishing, and spending time outside with his wife and pets. One of his favorite sights is the fall foliage of the trees in upstate New York when they are in peak color.
Thomas has been in the green industry for over 33 years. Before joining us at Bellantoni Landscape, he was a superintendent at a prestigious country club for ten years. He has over twenty years’ experience in the commercial and residential landscaping industry. He has many certifications including ISA certified arborist, certified professional horticulturalist, certified pesticide applicator (turf & ornamentals), certified turfgrass professional, and irrigation technician. 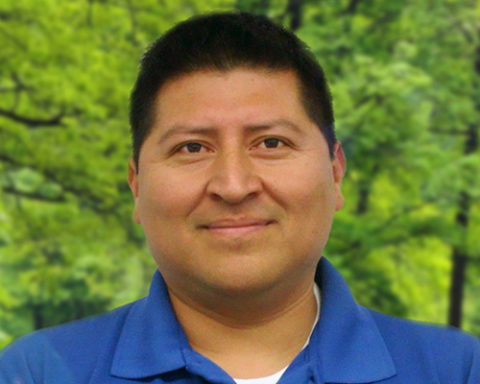 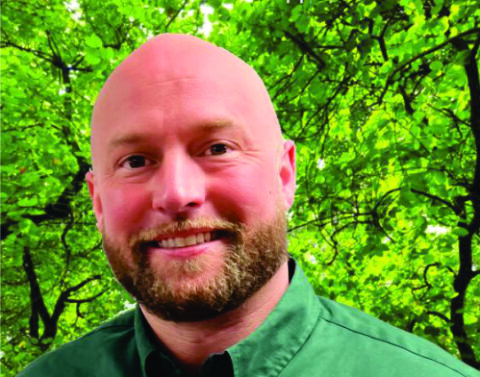 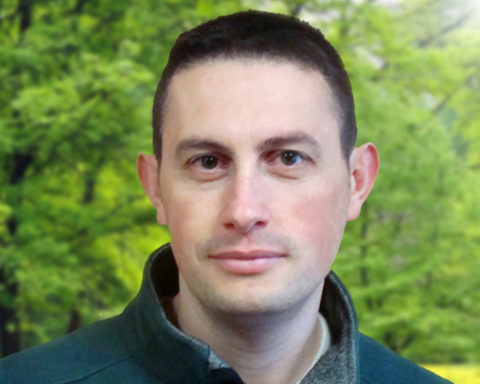 Tome Nrecaj is the Business Systems Manager and joined Bellantoni Landscape in 2006. After he joined the company, Tome graduated from Lehman College with an Accounting degree and is currently responsible for day to day operations. Tome enjoys working in the landscaping industry because he operated the family farm in the past. Tome is a backyard beekeeper, a trade that was passed down to him from his grandmother. When Tome is not at work, he enjoys working in the vegetable and flower gardens with his wife and three children, as well as playing soccer, tennis, skiing and spending time with his family. 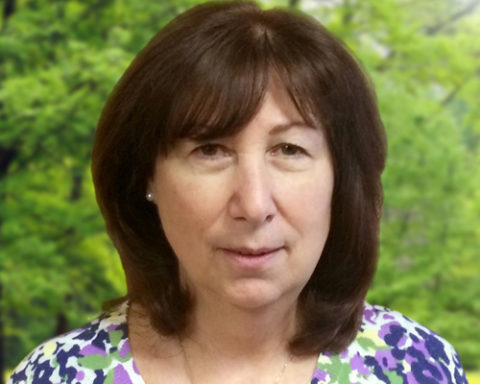 Donna has been part of the Michael Bellantoni team since 2002. As Executive Assistant, she is often the ‘face and voice’ of Michael Bellantoni, Inc.
Donna enjoys interacting with our customers on a daily basis. Prior to joining Michael Bellantoni, Donna was a small business owner for 15 years. She is married and has two grown sons and three grandsons. 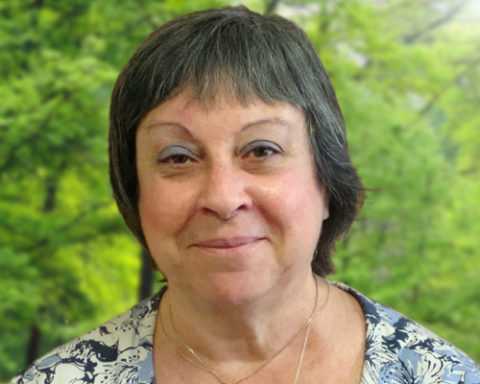 Phyllis joined Michael Bellantoni, Inc. in 2015 as an Administrative Assistant. Prior to joining our team, she spent 10 years at a large hotel chain winning the Spirit of Pride award two times. With a degree in elementary education, attention to detail and extensive experience in customer service, her skill set provides our clients with the level of communication and service they expect and deserve. In her private time she enjoys gardening, movies and travel. 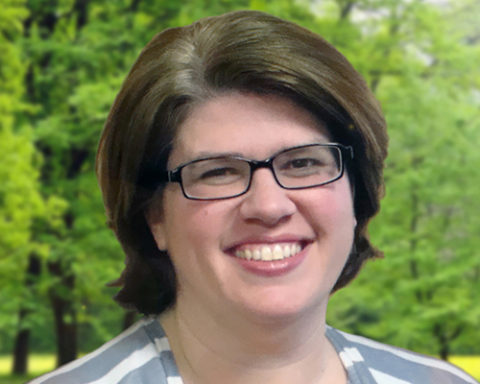 Liza Zappala has been with the company since 2001. Her primary responsibility is processing the accounts payable. Liza is the go-to person for purchasing, basic tech support, and many other miscellaneous tasks needed within the company. She enjoys learning new things, working with numbers and finding solutions to improve office operations. What she likes best about working for a landscaping company is the chance to learn more about plants, flowers, and landscape design. In addition to working at Bellantoni Landscape, she volunteers her time at church and at her children’s schools. Liza also loves to cook, play guitar, and spend time with her husband and two children. 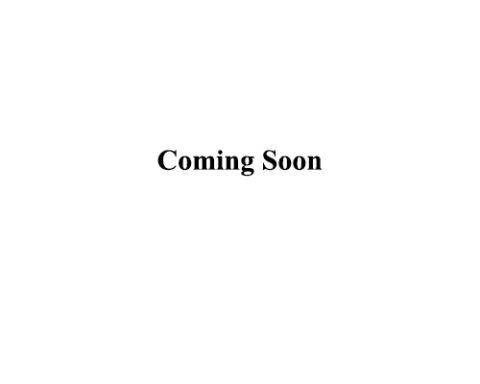 “Dwell on the beauty of life. Watch the stars, and see yourself running with them.”- Marcus Aurelius, Meditations
Luca joined the Bellantoni Landscape team in 2021 as a Landscape Solutions Specialist. In his role, Luca works with clients to discuss their properties in detail and bring their dreams to life. In other words, “making the world a beautiful place to live, one property at a time."
Luca holds a degree in Wildlife and Conservation Biology from the University of New Hampshire. Since college, his roles have taken him from Vermont to Northern California, and ultimately back to Westchester County to fulfill conservation research and work here at home. After working at both the private and governmental levels, Luca believes that true conservation work and landscaping go hand-in-hand. Through coursework and lectures, he is pursuing multiple avenues to improve his craft so he can provide a standout product and a wealth of knowledge to his clients.
In Luca's free time, he enjoys the outdoors through hunting, fishing, hiking, and camping. He also enjoys cooking, reading, and values time spent with friends. Luca spends most of his weekends helping his father’s pasta business or going away to his family cabin in the Catskills. 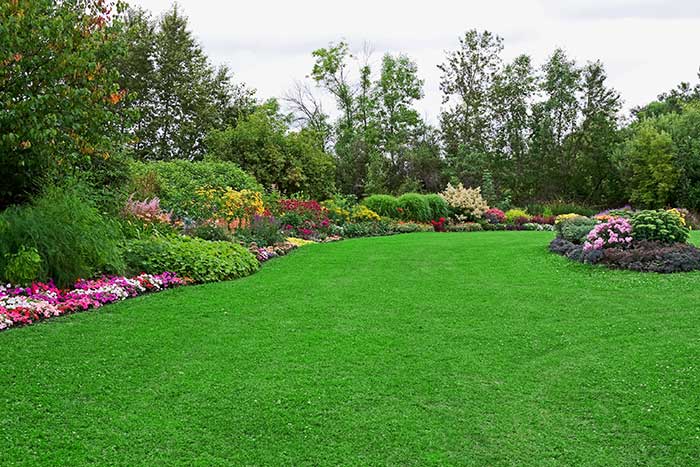 The Bellantoni Landscape Team Is:

Our ISA Certified Arborists and Landscape Designers can fully assess your property’s condition and create a solution that best fits your needs. Call our White Plains landscaping team at 914-948-6468 and find out more about how we set ourselves apart every day as the top landscaping service!